A financial future built on distributed ledger technology, will blockchain take a bite out of banking complexity?

Distributed Ledger Technology (DLT) has a unique selling point; mutually distrusting parties can reach a trusted agreement electronically without a referee. This has got the financial industry excited, with players predicting it’s going to be as big a disrupter as the internet.

Don and Alex Tapscott, the writers behind Blockchain Revolution, say:

“It’s an incorruptible digital ledger of economic activity that can be programmed to record not just financial transactions but virtually everything of value.”

And according to Kuangyi Wei, Head of Research and Market Engagement at management consultancy Parker Fitzgerald:

“After a century in which the costs of financial intermediation have remained largely unchanged, DLT could now be a game-changer for the industry. When it comes, the estimated savings could be up to a third of current operating costs.”

Humans have been maintaining ledgers for thousands of years, and while the medium and methods have changed over time, one element of ledger-keeping has not. From Mesopotamia to the modern-day, a third party has always had to register and oversee transactions and maintain accounts.

This makes sense as it provides a basis for validation, and allows people conducting a trade of value to trust one another.

The growth of global trade and commerce has led to the creation of a vast network of ledger systems, which are vulnerable to downtime, misinterpretation, and fraud, the repercussions of which can be catastrophic and far-reaching. The financial crisis of 2008 remains fresh in the memory.

DLT, of which Bitcoin is one iteration, is the first form of ledger to eliminate the need for a third party. It makes it possible for a ledger to be distributed among all those using it, putting the responsibility to maintain and validate it in the hands of those using it. The result is a decentralised system of data registry where transactions are instant, transparent, reliable and incorruptible.

“All parties within the payment system have to reconcile the data at every stage. DLT could provide a highly available, cryptographically secure and trusted platform where all parties have access to the same data,” 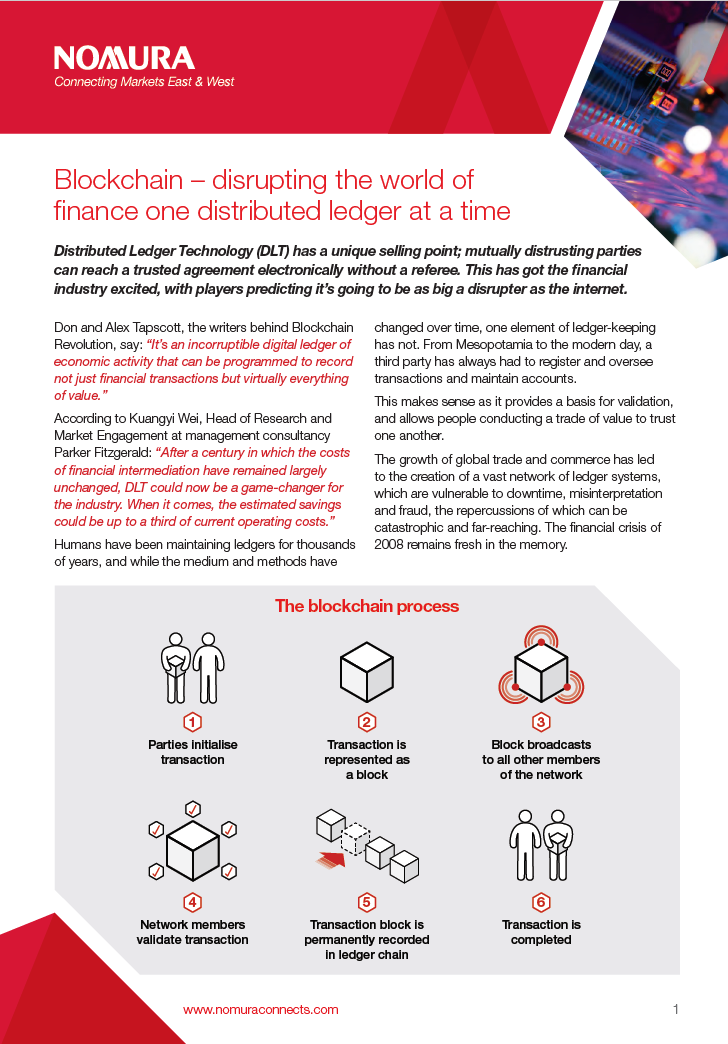 Jump to all insights on

What will be the role of quantum computing in the future of finance?